Working together has always been important to us. Family is and has always remained at the forefront of this Indian Trail-based residential and commercial general contracting company. Husband-and-wife team Mike and Claudia Al Hassan started Alpha Omega Construction Group Inc. more than 25 years ago within a small room in their home. The company, which specializes in roofing, siding and gutters for homebuilders, homeowners and commercial businesses, has now grown to 234 employees, with 11 facilities across the Carolinas, Tennessee and Georgia. Several entities, including custom homebuilding and land development arms, have spun from Alpha Omega.

The Al Hassan’s two children, Jassmin, 21, and Jordan, 18, are taking active roles in the company — Jassmin, through her real estate license, and Jordan, through general contracting. Over the years, Alpha Omega has also employed several other sets of family members, from parents and their children to couples. Claudia attributes that to a subculture within Alpha Omega of professionalism and mutual respect. “The subculture that we’ve created has really created a good environment where parents want their kids to come and work, where husbands want to bring their wives to work,” says Claudia, president of the company. To what do you credit your growth? Claudia Al Hassan: I would say the first 10 years, we were pretty much in the Charlotte area building a name.

Later on, I think what has helped us a lot, sad to say, is a lot of people folded during 2008. A lot of the roofing companies went under and we were able to pick up from that. In 2007, 2008, my husband and I were thinking who are we going to let go, and we both agreed no one is going to go. We just have to figure a way to generate more business to keep everyone in place … I decided to start the reroof part of Alpha Omega. My husband didn’t agree with that. He said that’s a lot of work. It’s going to take a lot of time. We should do commercial. He stuck to the commercial and I stuck to the reroof. Needless to say that both of those departments are a big part of our growth. They were very significant. What’s the family dynamic? We all help.

We don’t have roles of mom does this, dad does this, the teenage kids do this — not even chores. Education is something that we pushed. We have pushed languages, obviously college, but we did not push college in a traditional way. We wanted the kids close by so they can learn the business, they can go to school around here. Because the combination of working with the business and going to school is double the pressure, I think. And they were never in a hurry to leave home. When it comes to the family atmosphere, it’s a peaceful one. My husband’s Middle Eastern. I’m Latin, so the kids grew up with both cultures. We indulge new things.

I would say that’s another part that helped the business … My office in itself is a melting pot. Where do you see the company in 10 years? This is an ongoing joke. If you ask my husband, he sees himself nationwide. If you ask me, I think what we have accomplished is wonderful. Let’s work on our backyard now. Let’s saturate the business within, and let’s concentrate more on the custom homebuilding and land development. I like that. My husband and I have agreed to disagree. He’s growing Alpha Omega, while I’m growing J&J Custom Homes and the land development part. Obviously every decision that takes place is consulted with one another.By Jenna Martin – Associate Editor/Online, Charlotte Business Journal Apr 20, 2018 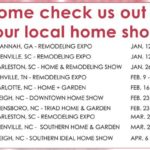 Home show near you this spring! 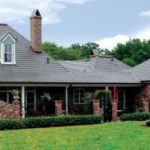 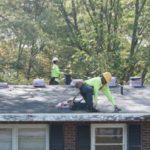 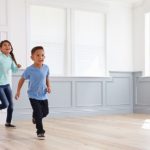 Help Homeowners Get Back on Their Feet 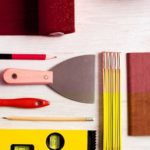 This website uses cookies to improve your experience while you navigate through the website. Out of these, the cookies that are categorized as necessary are stored on your browser as they are essential for the working of basic functionalities of the website. We also use third-party cookies that help us analyze and understand how you use this website. These cookies will be stored in your browser only with your consent. You also have the option to opt-out of these cookies. But opting out of some of these cookies may affect your browsing experience.
Analytics
Analytical cookies are used to understand how visitors interact with the website. These cookies help provide information on metrics the number of visitors, bounce rate, traffic source, etc.
SAVE & ACCEPT
Powered by

Get your FREE estimate